March Madness is one of the most exciting times of the year for not only sports fans, but admirers of competition in general. 64 different college basketball teams from all over the country compete for the National Champion Title in just under a three week period, with millions following along by cheering on their teams and filling out their brackets. What makes this tournament so unique and exhilarating from other series in sports is how truly unpredictable it is. The game-winning buzzer beaters, unforeseeable upsets and overall madness is what makes this tournament so special. This year, we felt it was only right to join in on the fun and host our own March Madness-style tournament. We wanted to give local Chicago photographers the chance to compete against one another for the grand prize of an annual pass to 360 CHICAGO Observation Deck. Here's how it went…

We started off by announcing the tournament on social media and giving our followers five days to capture and post their best photo of our building using the hashtag #360BracketChallenge. During this time period, we had over 130 photo submissions and a great deal of photographers ready to compete. 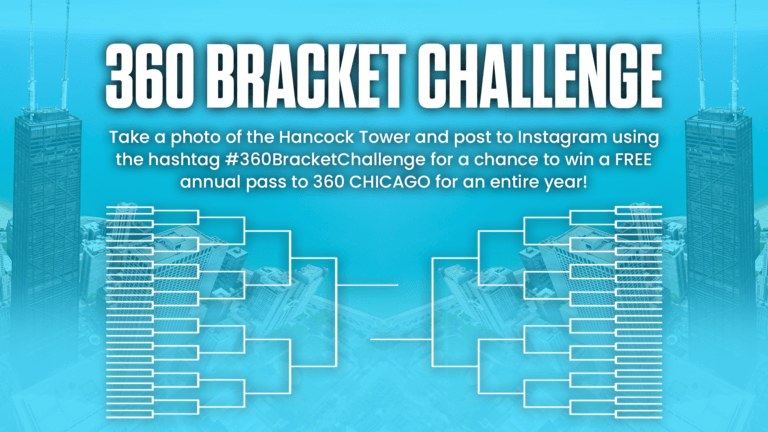 Our next step was to create 4 different divisions and rank the photos #1 through #16 for a total of 64 photos in the tournament. Once we had the bracket arranged, we were ready to go.

In regular March Madness fashion, the round of 64 began on Thursday, March 17th with 32 different matchups between various talented photographers. We had thousands of poll votes, shares and messages from our followers who were supporting the photographers they were hoping to see advance.

As the first round concluded, we had a total of seven upsets that advanced to the second round after knocking out their higher-ranked opponents, which was pretty close to the 10 upsets that happened in the first round of the actual March Madness tournament going on.

On Monday, March 21st, we continued by holding the second round of 32 on our Instagram story. It was pretty tough seeing some pretty amazing photos get bounced so early, but then again… it was March.

The Sweet 16 was held on Thursday, March 24th where we saw even more heartbreaking losses from some of the best photographers Chicago has to offer, leaving us with eight photographers left.

The Elite Eight and Final Four were both nail-biting rounds as most of the matchups came straight down to the wire, and after 64 photos and 5 rounds, we were finally down to just two remaining photos.

The finals were quite interesting as the last photos standing were complete opposites of each other. @zaidiboy's photo portrayed a dark and gloomy atmosphere, showing a turbulent storm rolling off of Lake Michigan with massive waves bound to strike the Windy City. @filoricanadventures photo depicted a much lighter feel, showing a breathtaking sunset over Chicago while featuring some amazing reflections off the lake. It all came down to this, and with thousands of votes casted on the final round, @zaidiboy ended up as the champion of the 2022 #360BracketChallenge.

It's safe to say the #360BracketChallenge was a success as we were able to highlight so many amazing local photographers from the Chicago community. We had so much fun not only hosting this tournament but also following along to see so many people voting, sharing and commenting on all of these incredible photos. Thanks to everybody who participated, we'll see you next March! 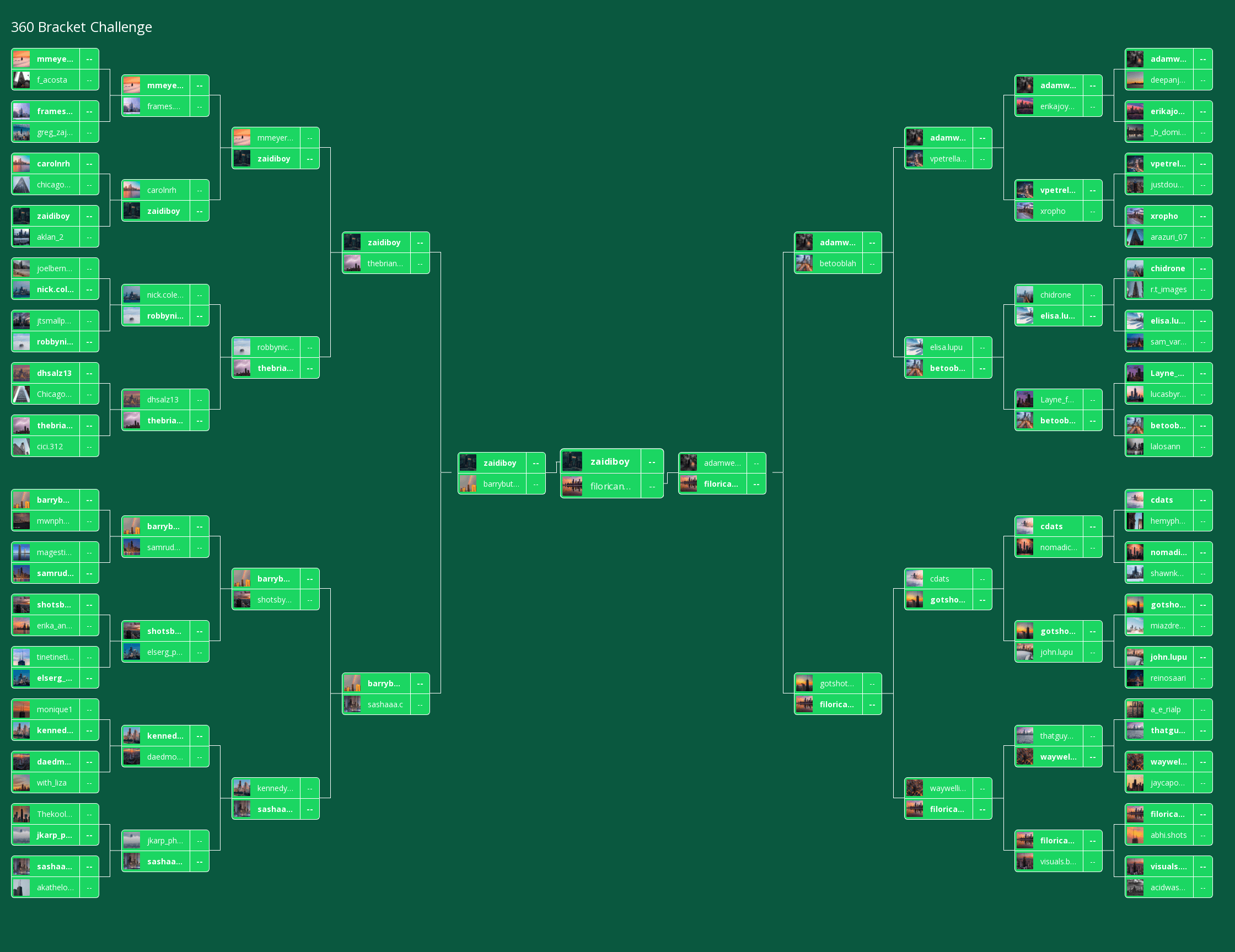